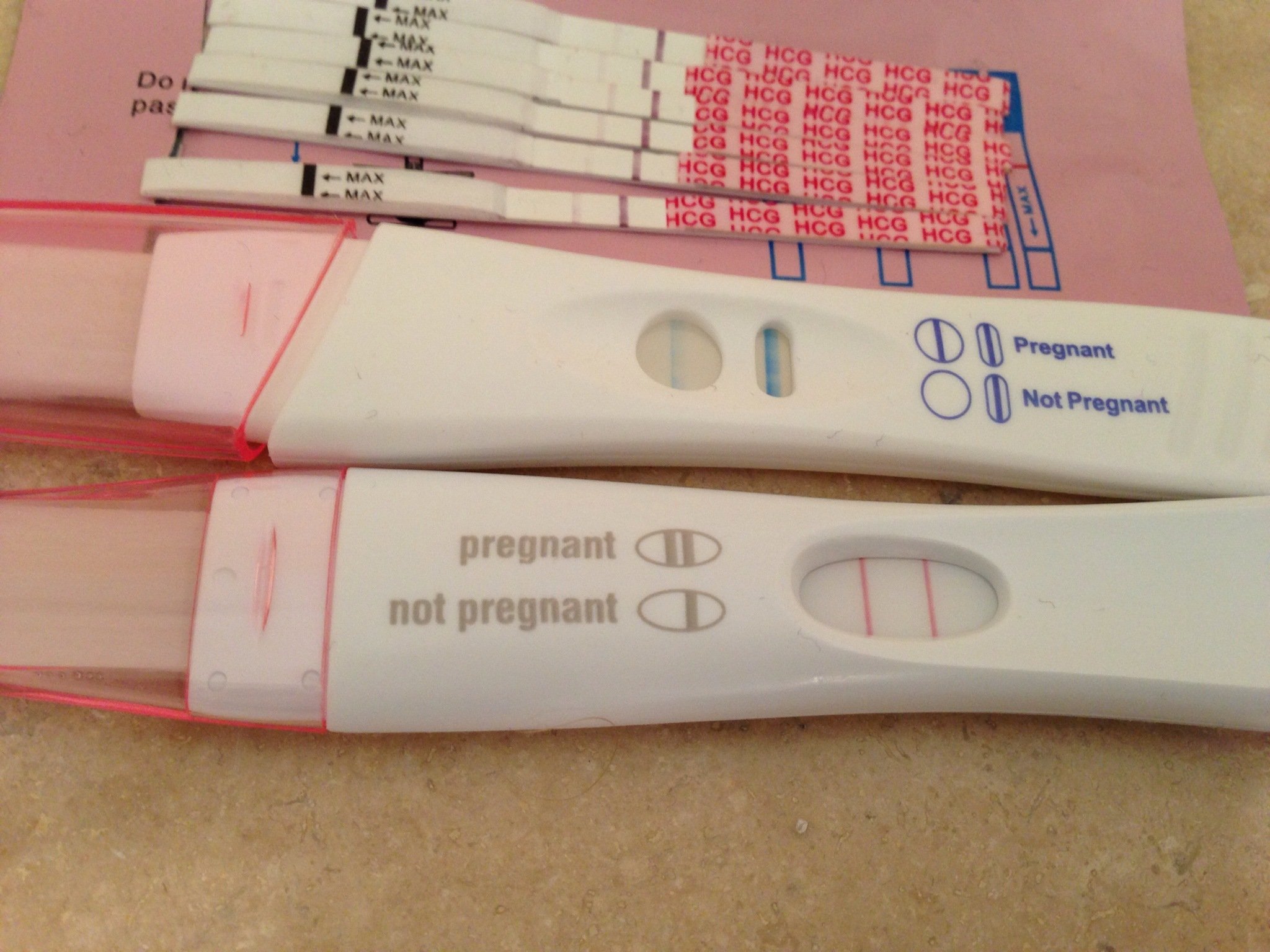 I went to my doctor to talk about how long I’ve been off the pill and trying to get pregnant. Considering my endometriosis, we had previously talked about how I shouldn’t waste much time trying and not knowing if it would be something we could do without medical assistance. I’d taken a home pregnancy test before going… I’m not sure why, I hadn’t missed a period. It looked negative to me but there was a very very faint line. I assumed it was the evaporation or a line that was already there since it was a super cheap pregnancy test. But since my husband was out of town, I took a picture of it with my phone. I’m not sure why, because I thought it was negative. Then I threw the test away. Later in the day, I went to my doctor appointment, not even thinking about that test. We talked for a bit about my long and unpredictable cycles. She wrote me a prescription for an HSG, a procedure that injects dye into my tubes to check for blockage. She said to wait until I get two more periods before getting the test done. I mentioned that recently it could be almost difficult to tell the difference between spotting and my period. She said to take pregnancy tests to be sure and asked if I had done that.

“I do it often. In fact, I took one this morning”, I said.
“Negative?”, she asked.
“It looked negative, just a very faint line that I think may have already been there.”
“Any line, even a faint line is positive”, she claimed. 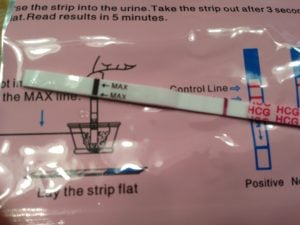 I disagreed and let her see the picture. She smiled and told me that’s positive. I didn’t believe her, well I was trying not to because I didn’t want to get too excited since it was probably nothing. So, she had the nurse take some blood and said they’d call me tomorrow. I spent the rest of the day trying not to think much about it… because I don’t want to be disappointed.

Before bed, I had to pee on two more of the home pregnancy tests. The lines were still faint but they were there. I still wasn’t convinced.

The next morning I woke up and took another home pregnancy test and it was an immediate clear line! I called my husband and screamed, “HOLY SHIT! I’M PREGNANT!”. On the drive into work, my doctor’s office called and said my blood test results were POSITIVE for pregnancy! Oh my! Tears! Lots of happy tears!!!!! I couldn’t think about anything else all day. I have to wait TWENTY DAYS before my first appointment! And that isn’t even an ultrasound… my doctor doesn’t do ultrasounds until 12 weeks unless there is a concern. I want to see a picture. And hear the heartbeat. It’s crazy how much I love this baby already… this little poppy seed baby! 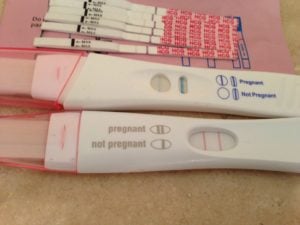 I had to pee on several home pregnancy tests just to be sure!

More from this site:

Instagram Feed Cannot get other user media. API shut down by Instagram. Sorry. Display only your media.

Get $Cash$ Back When You Shop Online: