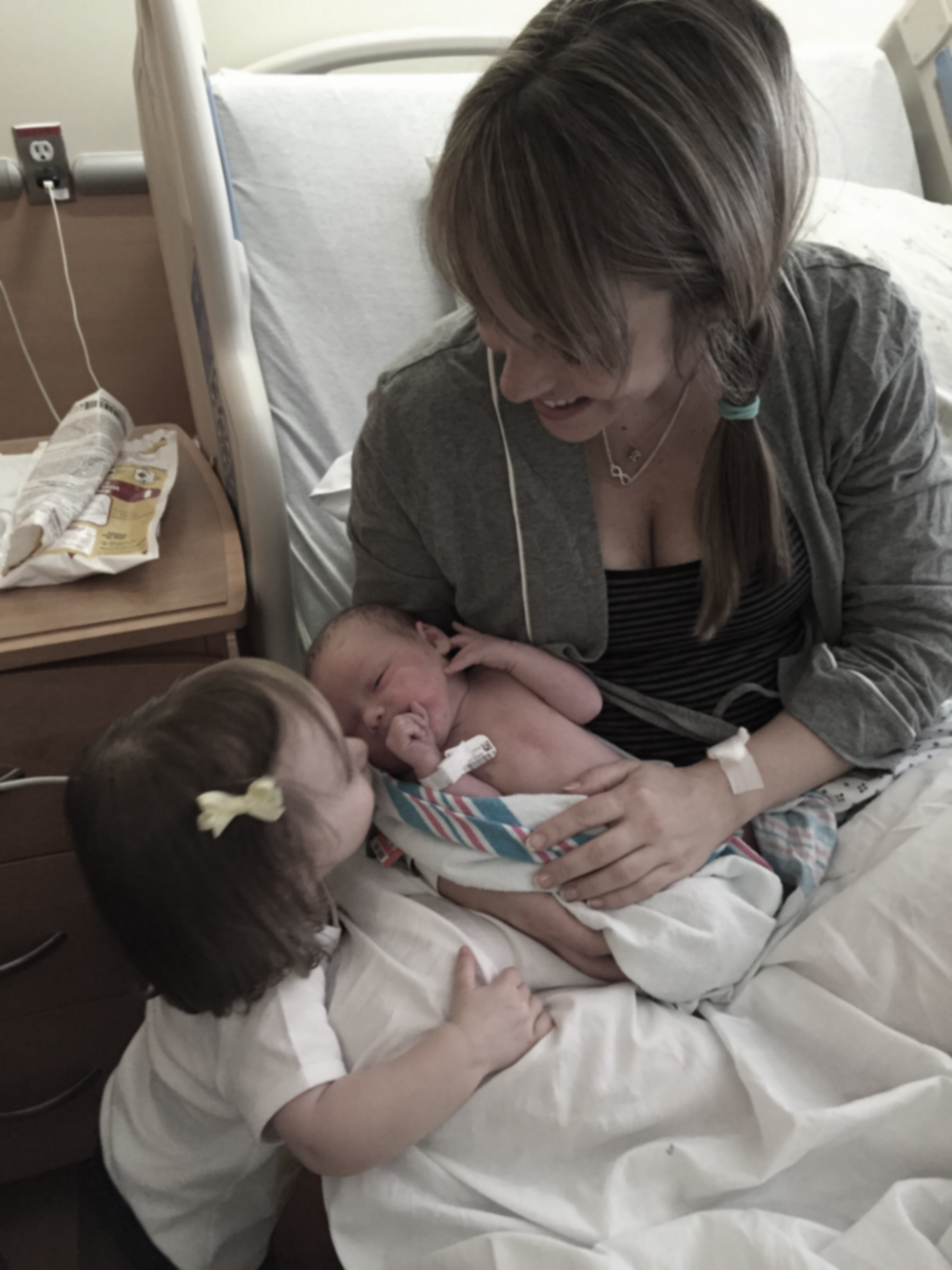 1. Basic math does not apply.

Two kids are more than twice as difficult as one… 1+1 >2. Forgive me for this, but I’m going to quote Kim Kardashian. I can’t say I often relate to Kim, but I related to one thing she said after she had her second child: “My mom would always say, about having kids: ‘One is like one, and two are like twenty.’ I never really understood that until now.” You may think that two kids are manageable with two adults because you can be man-on-man. But if you have a 1:1 defense going on, there is no adult left to prepare a meal, clean up, do laundry, run errands, or just breathe for a moment. In order to get a bathroom break, one parent will have to be with both kids… the dreaded 1:2 defense. This can work if your kids always like to do the same thing, have the same needs, are hungry at the same times and play well together without you. Ha! You get to this point where you think you have it figured out (somewhat) with one kid. Then the second kid shows up and you have to come up with an entirely new way of parenting that works for that kid. Two kids is a complete game changer.

2. We will never be on time again. Not ever.

Everything takes approximately six times longer than I think it will. Every single time. I start the process of getting out the door at least a half hour before we need to leave. But we still end up being late. Someone poops in their diaper, can’t find their shoe, pees all over something, is hungry, has a meltdown.

3. A diaper alone is sufficient attire.

Babies and toddlers do not need clothes on if you are not leaving the house. When I just had one child, I would dress her in adorable outfits even when we were just hanging out at home all day. Who has time for that when you have two kids? You have too much laundry as it is with a newborn, don’t add to it unnecessarily! If you have cute patterned diapers from Honest Company or Parasol it’s basically an adorable outfit.

4. Your older child will LOVE being a big sibling. Eventually.

As everyone warned us, our daughter regressed in some ways after her brother was born. Jealousy definitely took over. She didn’t have our undivided attention anymore, and that’s obviously difficult for a 1½-year-old (or a child at any age!). She did a lot to get our attention at first. It didn’t help that he screamed all day, every day. But she got over that and soon was obsessed with her baby brother. 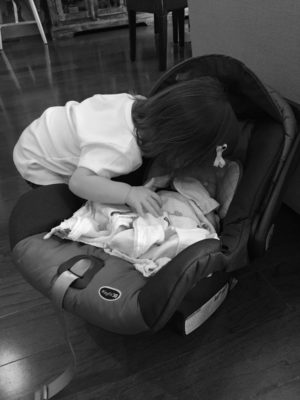 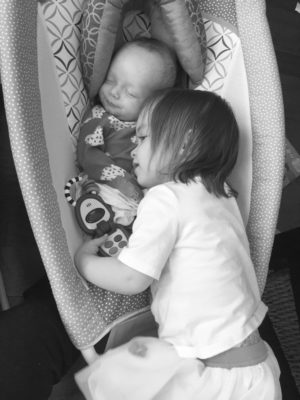 5. I don’t deserve nearly the amount of blame or credit as I thought I did.

Previous thoughts:
• She came everywhere we wanted to go, that’s why she is adaptable and great at restaurants and with new people.

• We didn’t sleep “train” her and that’s why it was difficult to get her fall asleep.

• Our house was never quiet, that’s why she was used to noise and could sleep through anything. We weren’t slaves to nap schedule, that’s why she slept easily on the go.

• I must not have provided enough breastmilk, that’s why she didn’t sleep long stretches at night.

• We fed her only healthy whole foods, that’s why her favorite foods were steamed broccoli and baked salmon.

After having a second baby, I learned that so much about your baby is just who they are, and not your parenting. This isn’t to say that parenting isn’t incredibly important and influential. I’m just saying that in those early days, many challenges (often related to sleeping and feeding) are not your fault and many achievements are not your success. But go ahead and take credit for the successes because all new parents could use a pat on the back! Just don’t blame yourself for every struggle.

6. You’ll cross most of the lines you drew.

So many things I said I would never do as a parent, I started doing when baby #2 came along. I said my children wouldn’t watch tv before the age of 2. But when I had a newborn and my daughter was still one-and-a-half, I needed something to occupy her when nursing… something other than her preferred activity when I nursed the baby: climbing onto the dining room table and attempting to swing from the chandelier. TV kept her still for a few minutes at a time, so I could have a glimpse of those peaceful nursing sessions I enjoyed with my firstborn.

Most of my actions were out of desperation. You draw certain lines and then immediately cross them. It’s all about survival.

After one kid you get to a point where you have a parenting rhythm and most of the time you can figure out how to best handle your child. But then the second kid comes and he or she has completely different needs and you have to become an entirely different parent. Everything you previously learned has to be erased and you start from scratch.

7. Marriage gets even more complicated with two kids.

I read a blog post by Dr. Psych Mom, that addressed this very real issue. She said the birth of a second child is a common low point in many marriages. This couples counselor said that having only one child is easier on a marriage. With one kid, “You get to hand off parenting, the baby stage only happens once, you get your sex drive and your body back and never lose it again in another pregnancy, you’re more likely to stay working if you’re a working mom and keep that part of your identity, and so forth.” As a mother of two, that is an obvious fact that I wish I had prepared myself for.

Everyone wants to come over and meet the new baby. They all mean well, and I used to be that person as well… eager to get my hands on the adorable thing before they lose those squishy newborn expressions and delicious newborn smell. But unless I specifically invited someone, or they promised to bring dinner, I said no to visitors in the first few weeks. I didn’t want to be a hostess. For me, that second child (and second childbirth) was so much harder than the first. It turned my world upside down. I was exhausted, unable to sit comfortably and often topless with my boobs in the baby’s face. Saying “no” to visitors and that pressure I put on myself to host, brought huge relief.

More from this site:

Instagram Feed Cannot get other user media. API shut down by Instagram. Sorry. Display only your media.

Get $Cash$ Back When You Shop Online: